This article by Stephanie Walden was originally published on TheMuse.com.

Much like groundbreaking design, the best creative careers rarely adhere to a pre-determined template.

Nobody knows this better than Debbie Millman. An author, artist, illustrator, educator, and brand consultant, Millman’s career path looks much more like a winding road than it does a straightforward climb.

What’s more, it wasn’t always smooth. In fact, she describes the first 10 years of her professional life as, “experiments in rejection and failure.”

If you’re familiar with her work, this statement might surprise you—Millman is, after all, the author of six books on design; she chairs the School of Visual Arts’ Masters in Branding program; and her popular podcast, Design Matters, has accrued numerous accolades.

But arguably, those experiments, combined with a set of serendipitous curveballs, are what led to her success.

Whether you’re still contemplating the shape of your creative career or you’re looking for a bit of inspiration in your day job, take a page from Millman’s playbook on finding fulfilling work, navigating tough decisions, and defining success in a way that matters to you.

Millman’s initial goal was to design magazine covers for a proper glossy in New York City, but despite being the editor of her college newspaper, her attempts fell short.

It wasn’t until her early thirties that she “fell into” a role in branding; the field was a perfect fit for her skill set, interests, and passions. At Sterling Brands, Millman began exploring the relationships between people and the brands they choose to integrate into their lives.

Then, in 2005, she started Design Matters—the world’s first (and now longest running) podcast about design—in which she converses with notable figures in the design space. It was the first thing that put her on the map, especially after garnering the People’s Choice Cooper Hewitt National Design Award in 2011; in 2012, Millman was invited to the White House and personally congratulated by former First Lady Michelle Obama.

Today, Millman dedicates a significant portion of her time to educating others about design. She finds her day job exceptionally fulfilling—a key litmus test for career success.

“I think that any time you are doing work that fulfills your soul, it has the opportunity to become much more universal—because chances are there are other people out in the world who it will fulfill, as well,” she says. 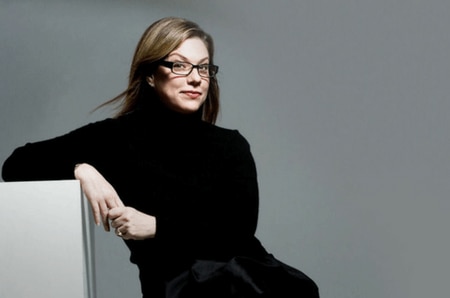 Look Beyond the Beaten Path

Recently, Millman found herself at a career crossroads: She was offered the position of CEO at Sterling, where she’d served as President for years. For many, it would have been the logical next step, but she wasn’t sure it was the right one for her.

“It was a really exciting opportunity, and one that I know I would have enjoyed—but it would have meant putting my own artistic and creative aspirations aside. It took me four months to decide to turn down the job. It was the hardest decision I have ever made,” she says.

The decision ultimately aligns with one of Millman’s core beliefs about careers: Financial and creative fulfilment aren’t mutually exclusive. Seeking the proper balance of both is key.

Plus, “if anything takes you four months to decide, you probably don’t want it,” she says.

Difficult choices aren’t the only element of Millman’s career that have led her off the beaten path—she’s also had the opportunity to travel to some of the most obscure corners of the country for her work.

“Travel has really impacted my career. As much as I am a homebody, I love seeing new places,” she says, adding that she’s always prepared for a spur-of-the-moment trip or opportunity. “I have a bag that's always packed with the day-to-day things that I need when I travel. I keep everything that I need in that bag—all my toiletries, technology, cords... all of the things that make me feel comfortable when I'm not home. All I need to do is pack the clothes that I'm going to wear,” she says.

The Lowest Moments Can Reap the Highest Rewards

When Millman talks about the early rejections and hurdles, it’s easy to dismiss her protestations as humility. But, she insists, at one point in her career, she actually thought she might be “the most hated woman in design.” The low blow occurred when she read a piece in a blog called “Speak Up” criticizing the work she’d done for a major brand, as well as for a major film franchise.

Instead of folding when she faced criticism, she decided to actively join the conversation.

She connected with the blog’s founder, Armin Vit, and began contributing to the site, persuading the design community about the merits of her work. Millman and Vit went on to form a long-term professional relationship. Today, she’s the godmother of his oldest daughter.

“I look back on it now and think, ‘I’m so glad that happened,’” Millman says. “Almost every major [accomplishment of mine]—the kernels and the seeds—came out of that experience. Ultimately, that turned into one of the most profound, life-affirming, life-changing things. So, sometimes the worst moment of your life can be a catalyst for the best life you could possibly imagine." 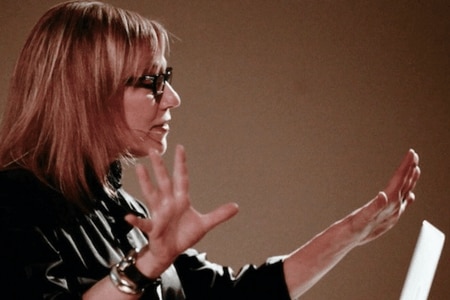 If You Can Dream it, You Can Be It

As an accomplished writer, it’s perhaps no surprise that Millman’s most emphatic piece of advice for young creatives is to turn to the power of the pen.

“Write an essay about the life you’d like to have five or 10 years from now,” she says. “Write it with as much detail as you can muster. What does your day look like? Where do you go? How do you get there? What does one perfect day in that life look like? Write it down, savor it, save it, reread it every year, and I will guarantee that the life you envision is one that you'll get closer to."

As for Millman’s perfect life?